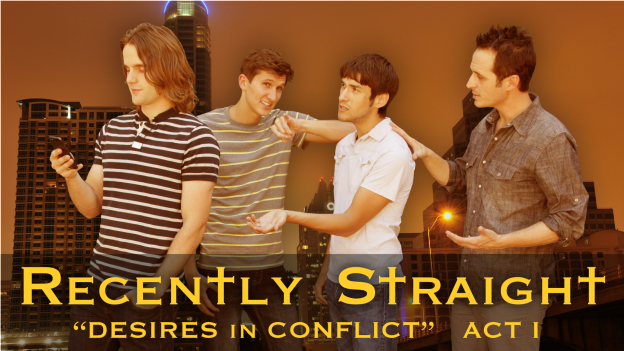 They’re calling it “conversion” therapy, but we know what they’re really after: Reparative Therapy, Sexual Reorientation Therapy, Gender Affirmation, or many similar brands, all seemingly secular, all actually based in principles of Biblical discipleship, like 2 Peter 1:5-7.

The information I have is they will consider a bill to ban therapy on Jan 21.  If you live in Massachusetts, please contact your legislator and let them know how banning therapy would harm thousands of children in their state.

Recently, there has been much debate about therapies like Reparative therapy or Sexual Reorientation Therapy.  Many Christians who have no idea what these therapies are, don’t understand how they are based on Biblical Principles.  For free, watch RS creator Ben Spratling talk about the correlation at the recent Safe Exit Summit.

The first episode is no longer behind a pay-wall.  Please click the Donate button so we can produce more episodes!

The above video is age-restricted and served through YouTube.com.  To watch it, you need to sign-in to your YouTube.com account and verify that you are at least 18 y/o, then come back here to watch.

“Very educational movie! Good discussions and evidence given in the movie for why homosexuality is not healthy and filled with accurate scientific information.”

A Christian video series of true stories of men who used to experience same-sex attractions, but no longer do.  No documentaries, no interviewed talking heads, nothing but authentic re-enactments of what their journeys were like.

In November, 2012, California passed a law making it illegal for minors to receive “SOCE” “sexual orientation change efforts” from trained, knowledgable professionals.  In 2013 New Jersey did the same.  The laws claimed such efforts are harmful and ineffective.

The purpose of this project is to inform the Christian community of the truth about eSSA, and demonstrate ways they can help support those who experience same-sex attractions in their small groups.  All of the stories are true, and they are presented in a dramatized retelling format, which uniquely inspires the audience to empathize with the characters, then transfer that empathy to those in their lives who experienced eSSA.  Empathy is key in defeating shame, and key to supporting someone who is healing their emotional wounds (trauma), and eSSA is “shame-trauma”.

In addition, the full series also provides a series of checkpoints for those on the journey so they know what’s legitimate therapy and what’s kook theories.  We know because we’ve lived it.  For far too long struggling against eSSA was the defining issue in our lives, so we’ve looked under every rock, been let down by every poorly-informed inference, but unlike others, we’ve found the pathway to peace.

I know these stories are true, because one of them is mine, and the rest are men I’ve gotten to know very well over the years.  I was going to stay quiet with my own story, but states making this healing illegal has motivated me to rise up and share the comfort Christ promises to the mourning (Matthew 5:4).

The pilot episode, “Desires in Conflict”, is complete and free to watch above.  We may make it available through DVD on demand in the near future if there is sufficient interest, send us your email, and we’ll ping you when it’s ready.
-Jonathan Bogomolov, Producer